Back to My Philosophical Roots

Ramlal and I went cycling again together after 35 long years over the irrigation canal that marks the boundary of Santiniketan and on towards the Kopai River and the red soil khoai as we had done in our youth. Ramlal is a tailor and an everyday philosopher who I befriended when I spent a year in Santiniketan after graduating from IIT Kharagpur to try and find out what to do with my life as I didn't fancy working as a civil engineer which I had been trained to do. I thought that staying in the vicinity of Tagore's Viswa Bharati University would give me some leads.
However, it was not Viswa Bharati but Ramlal who finally provided the direction to my life. Ramlal at that time was under severe financial stress as being the eldest of three brothers and sisters he had to take care of their upbringing because both his mother and father had expired. Ramlal's father was a cycle rickshaw driver who used to write poems which were published. Some of that literary streak had come through to Ramlal and though he did not write poems he read voraciously and had very mature philosophical views about life. He believed in working hard with scant regard for rewards. He was a tailor by profession with a small hut by the side of the road where he pursued his trade. This was the place for many Santhal tribals from nearby villages to come and have discussions and that is how I made a lot of friends with these tribals and went to their houses. Eventually, I ended up working with tribals for their rights first in rural areas in West Bengal and then in Alirajpur and so found my calling in life.
One of the best features of that one year's stay in Santiniketan was the cycle rides that Ramlal and I used to undertake deep into the nearby rural areas to meet our tribal friends in their villages. Ramlal and I have met a number of times since whenever I have visited Santiniketan again but never did we go on cycle rides because there was no time. However, last week Ramlal insisted that we go on cycles again when I asked him whether he would accompany me to see a learning centre for Adivasi children being run by the Suchana NGO a few kilometers from Santiniketan. So off we went on cycles again and it was a great trip because later we visited a weekly fair that is held across the canal in which the arts and crafts and music and dance of the Santhals are showcased. The years have gone by but the spirit hasn't. 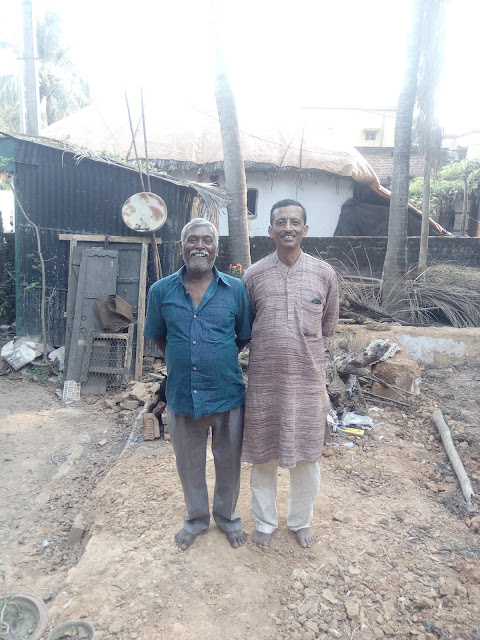 Ramlal used to live in a mud hut with thatch roof like the one in the background in the picture but last year it collapsed and so now he has built a pucca house with help from his brothers and we are standing in the place where his earlier kuccha house was and smiling about our change in fortunes!!
That year in Santiniketan was critical for me in many ways. I read up Marx's Das Kapital during that time and critically analysed it and decided that its value theory was flawed. I also read many of his essays on historical and dialectical materialism and decided that they too were very simplistic and all this eventually contributed to me shunning the mainstream or the maoist left and striking out on my own to pursue anarchist dreams with the tribal people though at that time I had not read any anarchists apart from Gandhi. But reading Gandhi earlier in college had led me to the Upanishads and the initial move away from a career in the corporate world. In Santiniketan I continued this reading which was capped by the absolutely top class philosophy of the Katha Upanishad where Nachiketa displays what can be termed as the epitome of critical thinking. I also spent the year building a house for my parents and putting my freshly minted knowledge of civil engineering to use. The house I built has since been sold off but it still exists as evidence of my IIT degree!! 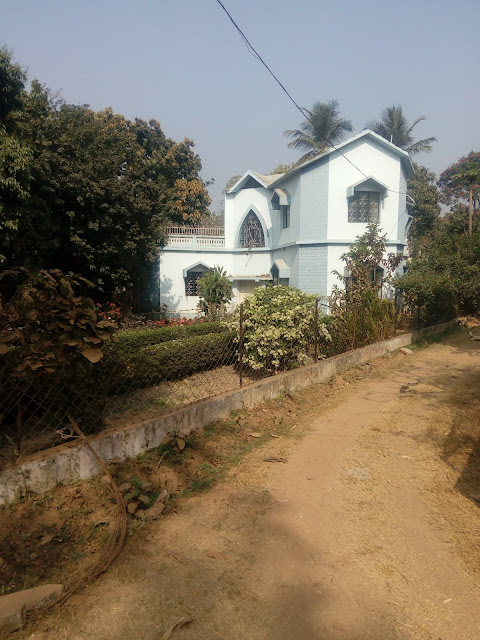 In the course of building this house I became very friendly with the labour contractor who was engaged for the purpose. Khaled was a muslim from Murshidabad who had begun his life as a labourer and worked his way up to being a mason and then a contractor. He was greatly surprised when I asked him one day whether he would treat me to beef curry cooked at his home!! He was hesitant at first but then I prevailed on him and that was the beginning of a great friendship. He strongly disapproved of my design of the slabs and beams because these masons generally heavily over design the buildings but I over ruled him and as is evident the building is still standing upright after all these years!! I met up with him a few times after that also but then I lost touch. One does not even know whether he is still alive.
Even though I disagree with much of what Marx has written, I whole heartedly agree with his statement that philosophers have only interpreted the world but the need is for changing it. So at the end of that very educative year in Santiniketan I set out to change the world and even though I have not succeeded in doing so the journey that began all those years ago has been a very enjoyable one.

Rahul, as usual, the disarming honesty and stark, yet uplifting, simplicity of your narrative helped me center in on the healing calm at the core. 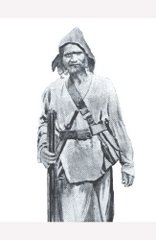